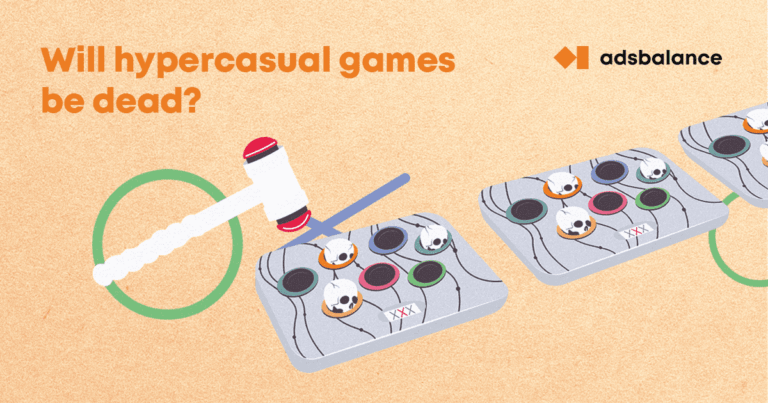 In fact, that is a bit more complicated. Adjust (and they know for sure) report stated that the number of installs doubled in Q1 2020 with a clear influx of first-time users, and the sesion increased by 72%. You can blame the COVID-19 lockdown, but it could be other genres had the user got tired of hypercasual. Does it mean they’re not? Let us first take a look at the definition of hypercasual games. Strictly speaking, it can’t be called a separate genre, more like a set of features. But what are they? Well, we’ve sent a funny report that named those 4 apocalyptic horsemen:  snackable, youtubable, satisfying and forgiving, but we also believe there’s more to it:

Let’s see. First of all, many clones, already said hard to make something “completely different”.The user acquisition costs dropped slightly and are pretty low on the market, but the makers and publishers strive to reach a decent ARPU. Again, according to the report, the average ARPU is 0.13, and the top 25% of the games make $0.23 per user. The low end generated only 0.07 for player. Does that sound appealing for you? There’s rule that the more popular your game is, the higher is your ad revenue, so if you don’t aspire to be in the top store charts, chances are you’ll need to earn from in-app purchases.

Even this you can’t do without marketing investment and huge user acquisition campaigns. Today you need a pro buying team to grab your piece of audience cake, which only the majors can afford and not everyone of them even succeed. A month is usually enough to know if a game succeeds. No one improves a game of gives it a second chance after it proved low-profitable.They’d rather ask you to develop a new one in 2-3 months, this you need to be ready for.

We have some market insights telling us this type of games has enough time to earn so far, but in 2 or 3 years we’ll see a steady decline in the profits and, accordingly, in the number of new projects.

Do you have any hypercasual guilty pleasures, or do you not even feel guilty? Have you ever thought of making such games?

Get your free advice on UA strategy here