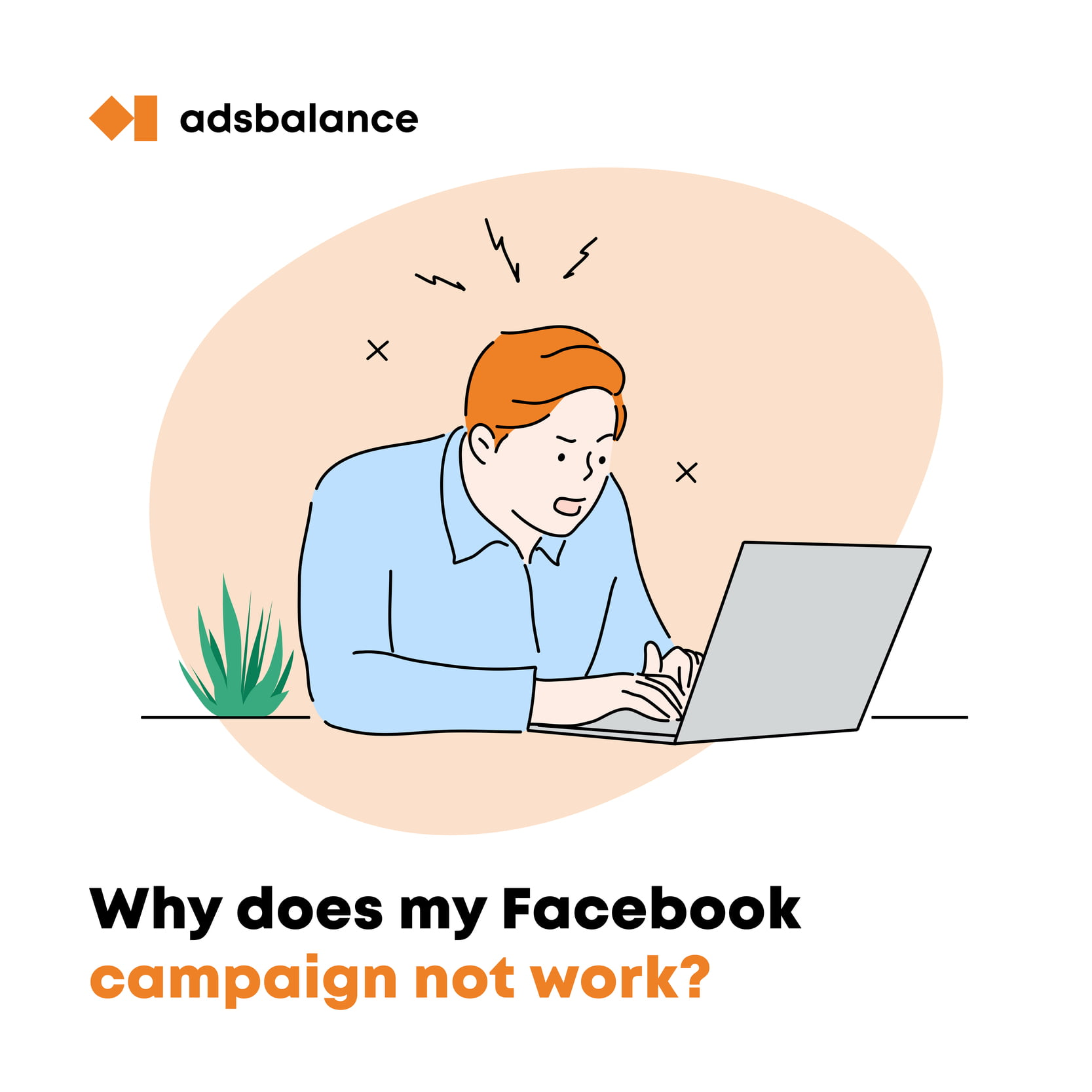 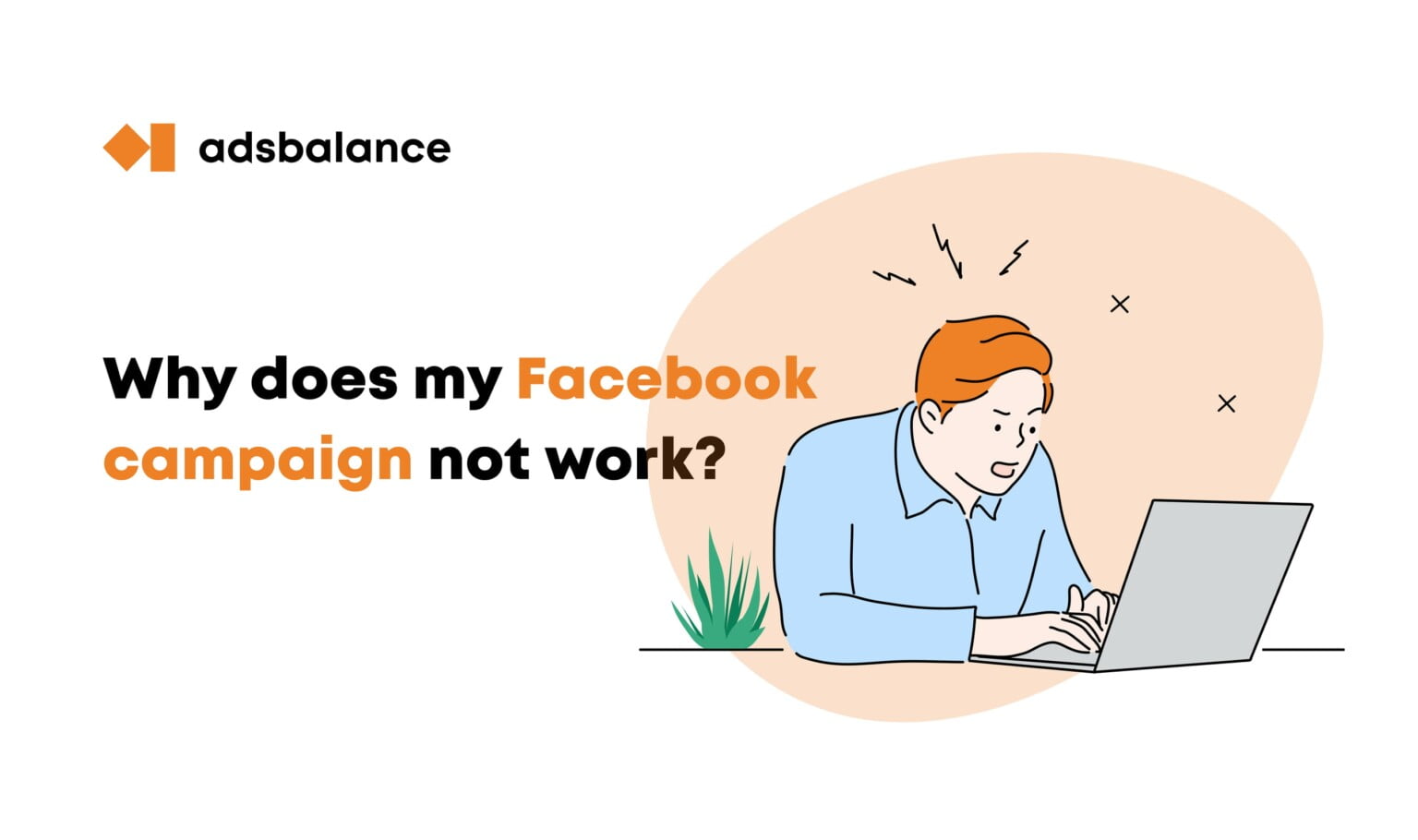 You’ve spent countless hours crafting the perfect Facebook ad, you’re finally ready to release it and start raking in the conversions. You release it and, to your surprise, they don’t come. Now you’re left wondering what went wrong. Maybe your campaign isn’t reaching your target audience, maybe it’s not compelling them to take the desired action, whatever the reason – you aren’t getting your desired results.

And that can be incredibly frustrating, especially if you’ve already put a lot of time and money into working on your ads. You want them to do well. We understand that, which is why we’ve put together a list of 8 possible reasons that your Facebook ad campaign isn’t working and how you can fix them.

Each ad you run is reviewed by Facebook to ensure that it meets Facebook’s quality standards and their Terms of Service. Ads are reviewed by both an automated system as well as members of their support staff, and usually take up to 24 hours to be reviewed.

That being said, that’s not always the case and sometimes your ad can get stuck in review if the volumes are high. To combat this, you can submit your ads for review in advance, and schedule them to start running later, which will get you some time if they do get stuck and if they don’t, well then you’re more than prepared!

Whatever the reason for the disapproval, you can make the requested changes and save them and your ad will be automatically resubmitted for approval.

If you feel that your ad has been wrongfully disapproved, you can submit an appeal. If your appeal is successful, Facebook will automatically start running your ads. If not, then you’ll need to make the requested changes.

Your target audience is there on Facebook, they have over 2 billion active monthly users. So if your ad isn’t reaching them, it’s likely because there is something off about your targeting. It could be that your targeting is too narrow, which will end up driving up your cost per click because your segment will quickly be exhausted. You’re also missing out on possible clicks or conversions because you aren’t targeting wide enough.

On the flip side, cost per click can also be driven up by targeting that is too wide. If your audience is too broad, your ad is not being shown to those who are likely to interact with it.

Bidding on Facebook can confuse just about anybody, but essentially, you bid to have your ad shown to consumers. Facebook picks whose ad gets shown based on “total value”, which is a combination of bid price – the price you’re willing to pay for an action, estimated action rate – how likely your audience is to take that action, and relevance and quality – how relevant and interesting are your ads to your target audience, which is based on ad feedback.

The goal is, really, to maximize all three factors. But if your ads aren’t reaching your audience, it’s possible that your bid price is too low. You could also be using the wrong bidding strategy. Facebook gives you the option to go with the lowest cost, or to control your cost. If you’re struggling with delivery and you chose to control your own cost, that might be the issue.

How you can fix this issue is by changing your bidding strategy to lowest cost, thereby eliminating the issue of bidding too low – but then you lose the ability to control cost. If you are in control of the cost and we like to remain so, then the solution is to simply bid higher.

As we mentioned in the last section, part of the “total value” is the relevance of your ad, which is based off of the direct feedback that your ad gets from your audience. If they interact with it in a positive manner – likes, comments, shares, clicks – then your relevancy score goes up. If they interact with it negatively – reporting it as spam, hiding it from their timeline – the score goes down. You can view your relevance score in Facebook ads manager, and you should pay attention to it because it matters for how much your ad is shown to people as well as how much it costs.

We also mentioned earlier about creating a profile for your target audience. Well you can use that profile to create ads that are relevant to them, thus they will perform better. If you know your target audience, generic ads aren’t what will make them interact with your ad.

To fix this issue, you should always design your ads so that they are specific to the audience you are targeting. This, again, requires an accurate profile of the consumer. You can also fix your relevancy score by creating ads that are more relevant to your audience. You need them to interact positively with your ads.

While Facebook did away with their old 20% rule, which put a limit on how much text would be in an image, this doesn’t mean that you can all of the sudden start adding text to your images like it’s going out of style. Just because they won’t reject your ad now, doesn’t mean that they will allow it to run at the same capacity as if it had less text in the image. Essentially, Facebook will just reduce your ad’s reach.

To avoid this, the simplest solution is usually the best – don’t put too much text in your ad image. While Facebook got rid of the 20% rule, adopt it yourself, that way you minimize the risk of having your ad’s reach reduced, and your campaign can go on to produce the desired result.

Both copy as well as image make up the ad creative, and if either are poor quality your ad is less likely to be shown. We already discussed how images with text can be shown less, but your ad copy should also catch the user’s eye and convince them to take the desired action. Facebook also does not like ad copy that is engagement bait – meaning it asks for likes or shares, withholds information, or uses sensationalist language. Any of those three in your ad copy may result in a much lower reach, if not get your ad disapproved outright.

You can avoid this simply by writing copy that is concise, compelling, and doesn’t use gimmicks to get users to take the desired action. Having a good copywriter on hand always helps, as well as having a clear direction and purpose for the ad. Your ad creative should be user-driven. Remember: you’re compelling the user to take action, so they should always be at the forefront.

The “funnel” is basically how you get the user to complete the desired action, from first awareness, to the final action whether it be to sign up for emails, download an app, or buy a product. If the user has to click too many times to get to the final action, you will lose them. If you present the action too soon, it may make the user less likely to take it because they were on Facebook to connect with friends and this doesn’t meet their expectations.

User experience after the first click matters, so how you deal with this issue is by ensuring that the user experience from the ad itself all the way to the landing page is seamless and flows expertly. You don’t want to lose a potential customer because of a clunky and awkward interface.

A/B testing, or creating two versions of the same ad with only one change between them so you can track which ones perform better and you know why, is a great way to learn what works for you and what doesn’t. Facebook gives you access to all your campaign data, so you can easily compare the two ad types to understand which version is performing better.

Through trial and error, you can start to build a better idea of what works better in campaigns and what doesn’t. So if your ads are consistently underperforming and you’re not sure why, perhaps it’s time to implement A/B testing to figure out what it is about the ads that makes them underperform.

You can fix this by creating two versions of the same ad, but only change one of the variables. Then, you track each ad variation’s performance and figure out which one does better. Now you know why! You can easily pull the ad that isn’t working as well, and try adjusting another variable to learn even more. Through A/B testing you can start to work towards the place where you get the highest click-through rate with the lowest cost-per-click, thereby optimizing your ad campaign.

Facebook is considered a marketer’s dream, and you can easily make your marketing budget work for you on the platform. So don’t fret if your campaign isn’t doing as well as you had expected or hoped, you can easily adjust. All you need to do is identify where your problem might lie and make the necessary changes.

But we get it, sometimes it can be hard to know exactly what’s causing your campaign to underperform. If it’s not something logistical with Facebook, then it’s a problem with your own ad. Even simply identifying what is the issue can be overwhelming. That’s why you should contact Adsbalance for all of your Facebook advertising needs. Our experts have plenty of experience with Facebook ads and can help you throughout the entire process – from creating the ad, to running it, to A/B testing. Just contact us for more information.